Today I’m excited to be a part of the Book Blitz for Obscura Burning by Suzanne van Rooyen, sponsored by Xpresso Book Tours. Please continue reading to learn more about the book and author, enter for your chance to win a great giveaway, plus an interview with one of the main characters!

The world’s going to end in fire…and it’s all Kyle’s fault.

Kyle Wolfe’s world is about to crash and burn. Just weeks away from graduation, a fire kills Kyle’s two best friends and leaves him permanently scarred. A fire that Kyle accidentally set the night he cheated on his boyfriend Danny with their female friend, Shira. That same day, a strange new planet, Obscura, appears in the sky. And suddenly Kyle’s friends aren’t all that dead anymore.

Each time Kyle goes to sleep, he awakens to two different realities. In one, his boyfriend Danny is still alive, but Shira is dead. In the other, it’s Shira who’s alive…and now they’re friends with benefits. Shifting between realities is slowly killing him, and he’s not the only one dying. The world is dying with him. He’s pretty sure Obscura has something to do with it, but with his parents’ marriage imploding and realities shifting each time he closes his eyes, Kyle has problems enough without being the one in charge of saving the world…

1. What do you want to do with your life?

Which one? That’s the problem. In a perfect reality I’d be going off to Rice to study art and literature and I’d start doing my own comics and become an underground sensation and have kids dressing up as my characters on Halloween – that’s what I want; that’s what I probably don’t deserve.

That the world will end because of me, that it’ll be my fault that everyone will end up dead. I think maybe I fear the world not ending even more, fear me being stuck in one of these crappy realities and not able to do a damn thing about it.

3. Are you presently in love, or do you hope to find someone special?

I thought I was, thought I loved Danny but now I’m not so sure. Dan is special but I think he deserves better than me, someone who isn’t afraid to be with him, to kiss him and dance with him in public.

Can I use four letter words? No? Horrific, confusing, devastating, frustrating, unbelievable, terrifying – Do you really need another 144 words? The world’s gone crazy, man. And I think it’s all my fault.

5. If you could change one thing of your past would you? If so, what would it be and why?

I’d change everything. Change what I said to Danny, how I treated him. I’d change how I dealt with the parents too. Also, I’d like to go back to that very first fire, to that moment when I lit my first match and just not do it, just never fall in love with flames.

6. If you could be any animal, what would you be and why?

That’s easy, a wolf – just like my name. Why? Because wolves do just fine all by themselves. They’re badass and not afraid of anything – I wish I could be like that.

Please go HERE for your chance to win the following:

-1 autographed paperback of Obscura Burning
-1 ebook of Dragon’s Teeth (epub, mobi or pdf)
-1 $10 GC for Amazon
-3 surprise items from each of the main characters

Giveaway is open internationally! You have until January 31st to enter. Good luck! 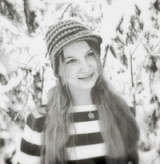 Suzanne is a freelance writer and author from South Africa. She currently lives in Finland and finds the cold, dark forests nothing if not inspiring. Suzanne is the author of the cyberpunk novel Dragon’s Teeth (Divertir), the YA science fiction novel Obscura Burning (Etopia) and has had several short stories published by Golden Visions Magazine, Space and Time and Niteblade. Niteblade nominated her short story Where Dreams Are Grown for the Pushcart Prize. Her non-fiction articles on travel, music and other topics can be found scattered throughout the Internet. Although she has a Master’s degree in music, Suzanne prefers conjuring strange worlds and creating quirky characters. When not writing you can find her teaching dance to ninth graders or playing in the snow with her shiba inu.

Suzanne is represented by Jordy Albert of the Booker Albert Agency.

This entry was posted in Giveaways From Others, Promo Posts and tagged book blitz, xpresso book tours. Bookmark the permalink.