You guys, I cannot even TELL you how excited I am to be a part of the Blog Tour for A Spark Unseen! In this post, you will find some awesome pictures from the Paris Underground, one of the locations from the book, as well as a quote and a giveaway for an ARC of A Spark Unseen (US and Canada only). Click the banner above to check out ALL of the blog hop stops, and also make sure you click the arrows at the bottom of this post to move forward and backwards between the participating blogs. You definitely don’t want to miss anything!

I absolutely adored The Dark Unwinding (see my review HERE), and cannot WAIT to read A Spark Unseen. Lane! Katharine! Uncle Tully! So much love! Here’s a bit of info to whet your appetite: 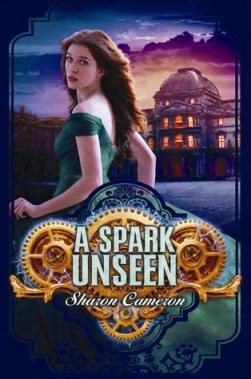 When Katharine Tulman wakes in the middle of the night and accidentally foils a kidnapping attempt on her uncle, she realizes Stranwyne Keep is no longer safe for Uncle Tully and his genius inventions. She flees to Paris, where she hopes to remain undetected and also find the mysterious and handsome Lane, who is suspected to be dead.

But the search for Lane is not easy, and Katharine soon finds herself embroiled in a labyrinth of political intrigue. And with unexpected enemies and allies at every turn, Katharine will have to figure out whom she can trust–if anyone–to protect her uncle from danger once and for all.

Filled with deadly twists, whispering romance, and heart-stopping suspense, this sequel to THE DARK UNWINDING whisks readers off on another thrilling adventure.

My awesomely creepy location that I get to share with all of you is: The Paris Underground!

In A Spark Unseen, Henri Marchand confesses to having roamed the underground of Paris as a child, making maps of the tunnels like an adventurer in a novel. Henri was the 19th century version of the modern day cataphiles, urban explorers who illegally wander the abandoned quarry tunnels that honeycomb the ground beneath Paris. (See previous post on “The Catacombs” over at the Stories and Sweeties blog.) These tunnels have alternatively been used for wine cellars, mushroom growing, hideouts during the French Revolution, safe houses for the French Resistance, and bunkers for German Nazis. Now, they get used for things like this: 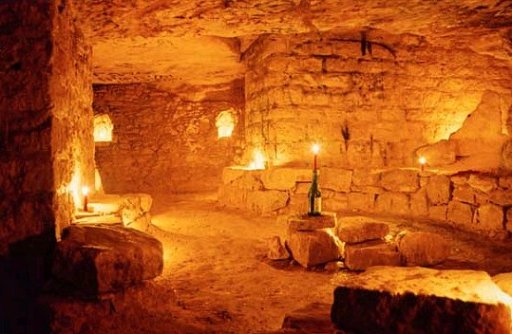 The ultimate party room. Recently, police even discovered an underground cinema and restaurant being run in the underground. These tunnels –and their secret entrances– are the epitome of all things hidden. Which is why I, like Henri, love the whole idea of them!

Hidden entrance to the underground © Zoriah

But being a cataphile is a dangerous business. The tunnels are an unstable, unlit maze. The unfortunate Philibert Aspairt disappeared in the tunnels in 1793; eleven years went by before his body was found. During the reign of Louis XVI, an entire road (ironically named “Hell Street”) collapsed into a 100 ft. hole. In 1879, three houses disappeared; in 1961, 21 people died when part of a suburb caved in, and in 2001, residents woke to discover a cavern in the street that was 20 ft. deep.

Cataphiles climbing into the tunnels © Zoriah

There are an estimated 300 miles of tunnels beneath Paris, and who knows how many more undiscovered passages (Phantom of the Opera, anyone?) might be hidden behind a rockfall, waiting to be discovered. Maybe someone will even find the one Katharine explores in A Spark Unseen.

Sharon Cameron is giving away an ARC of A Spark Unseen as part of today’s hop stops! Please go HERE to Rafflecopter to enter for your chance to win! Giveaway is open to US and Canada only. Good luck!

And be sure to click the arrows below to move between the stops!

This entry was posted in Blog Tour and tagged blog tour. Bookmark the permalink.